The arrest of Michel Temer

OPERATION CAR WASH, Brazil’s sweeping anti-corruption investigation, has snared yet another president. Michel Temer, who became head of state in 2016 following the impeachment of his predecessor, Dilma Rousseff, was arrested by federal police on the morning of March 21st while driving in São Paulo. Federal prosecutors have accused him of running a “criminal organisation” during the construction of a nuclear power plant in Angra dos Reis, just south of Rio de Janeiro. In all, he faces ten charges, five of which are alleged to have taken place while he was president.

Ausnutria Dairy Corporation Ltd (“Ausnutria” or the “Company”, together with its subsidiaries, collectively the “Group”) is a leading dairy industry company with production facilities principally based in the Netherlands. Listed on The Stock Exchange of Hong Kong Limited in October 2009 (Stock code: 1717), the Group’s activities range from the research and development, milk collection, processing, production, packaging, marketing and sales of dairy products to the People’s Republic of China (“PRC”), Europe, North America, the Middle East, Russia & Commonwealth of Independent States and other countries.

It Still Makes Financial Sense to Burn the Globe

Although the issue of climate change has long been taken into consideration by some investors, overall, the financial industry continues to view related risks as a long-term issue at best, with few, if any, implications for today’s decision-making. The question is, when will that change?

The current collective complacency is reinforced by the financial sector’s short-term focus. The average time horizon for analysis of equities is one year; for bonds, it is up to three years. Longer-term analysis is mostly done on the basis of past observations, which are of little use when it comes to assessing the impact of climate change.

But the inability to price future risks could eventually force the industry to make rapid adjustments, impacting corporate and government balance sheets. This has led Mark Carney, Chair of the Financial Stability Board, to warn of a “Climate Minsky moment”, referring to the work of the Economist Hyman Minsky, whose analysis was used to show how banks overreached before the 2008 crisis. We may be getting close.

The New Zealand company aims to rebuff the growing plant-based segment with a product that removes a harmful protein while keeping a healthier one.

The dairy industry has faced a steady decline in consumption for almost two decades as consumers have turned away from these products in favor of alternatives made from soy, almonds, coconuts and other plants.

But the a2 Milk Company is aiming to change that.

While most milk products contain both A1 and A2 proteins, the New Zealand-based company found A1 can cause stomach discomfort. a2 Milk, as its name implies, now sells dairy products that only contain the better-for-you A2 protein.

CORE-POWER is spearheading the development of the world’s first 2-fuel Thorium powered marine engines through an exclusive and perpetual license for technology developed by its US partners and the National Labs in the US. This game-changing technology offers safe and sustainable power with zero climate gas emissions and has a $1 billion revenue potential at just 5% market penetration. The market potential is $1 trillion plus.

This new Thorium technology is also set to reduce the energy costs of commercial shipping by 5x (compared to fossil fuels) over the lifetime of a vessel (20 years) at a time when environmental regulations will mandate shipping to cut emissions and ‘de-carbonize’ propulsion. Thorium is seeking to be the super-fuel of the future for global shipping. Watch Mikal Bøe, Founder & CEO of Core-Power and Kirk Sorensen, President and Chief Technologist at Flibe Energy. For more information, contact us.

In other news, we are delighted to report that PragmatIC, a world leader in ultra low cost flexible electronics, enabling the potential for trillions of smart objects that can engage with consumers and their environments, and one of Milltrust’s British Innovation Fund Investee Company, won the “Engineering Excellence” award at the 2019 Business Weekly Awards earlier this week. 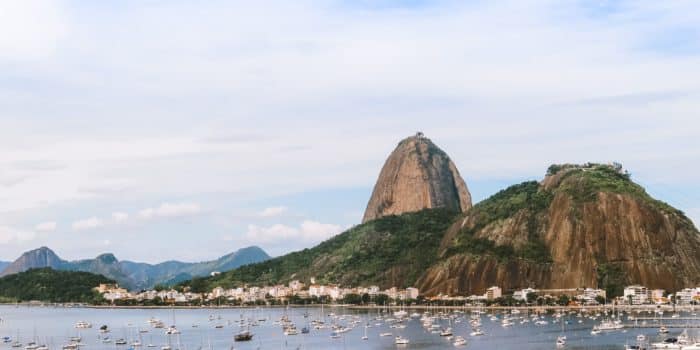